In case you didn’t know this, I am scum. I haven’t traveled half, or even one quarter, as much as I should have. That’s not to say I’ve gone nowhere at all– here are some highlights from my stay in Japan thus far. I’ll dedicate this post to Osaka, the city that started it all.

There’s no way to say it fast– Bampaku Kinnen-koen, or Osaka Expo 70 Commemoration Park, is home to the Tower of the Sun, in my opinion of the most iconic images of Japan. This weird… thing was designed for the World’s Fair when it was held in Osaka in 1970. It now watches over the park like an angel (of the Neon Genesis Evangelion variety). You can’t go inside it and it doesn’t *do* anything other than light up.

However, if Japan ever does get attacked by giant monsters, the Tower of the Sun will come to life to defend its home.

As for weapons, in addition to its laser-shooting eyes, the Tower can also make a sort of spinning death-disk out of Expo Park’s Ferris wheel, which is the tallest in Japan. This was also the one that got spun by the sheer power of Typhoon 21’s winds alone.

It also also has Suita City Stadium, which is where Osaka’s soccer team Gamba plays. I’ve watched two of their games now, where this seemingly scrappy second-to-last place team managed to beat both the top team in their league (Sanfrecce Hiroshima) and the #2 team (Kawasaki Frontale)! 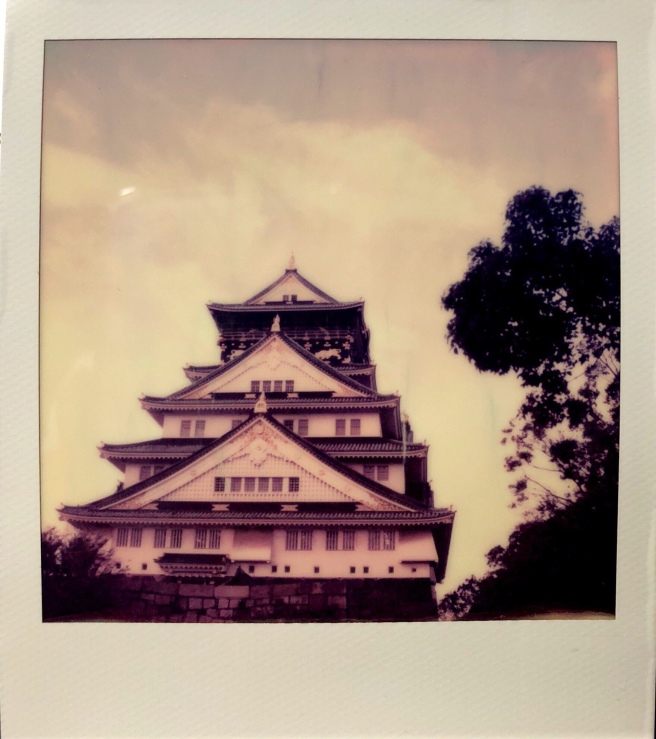 No longer does entry to Osaka-jo require the killing of several rival clan members. At some point in its nearly 450-year history, it was opened to the public. You are now free to walk the grounds, and it is, also in my opinion, one of the most beautiful sights in the Osaka area, if not Japan. Surrounded by moats, stone barriers, and gardens, it’s surreal to be walking in a place where, centuries ago, people did fight and die just to get to where you are standing now.

Itami is Osaka’s domestic airport, and there is a cool lookout spot where you can get very up close and personal with arriving planes.

That’s all for now, but stay tuned!